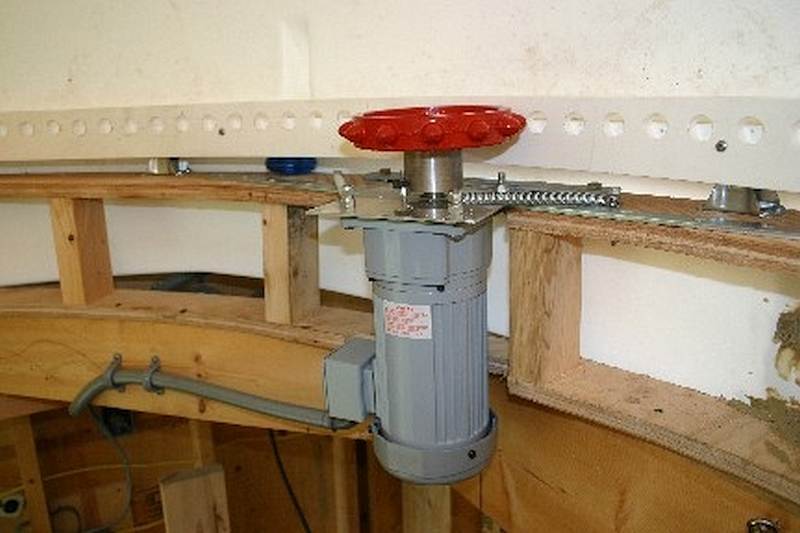 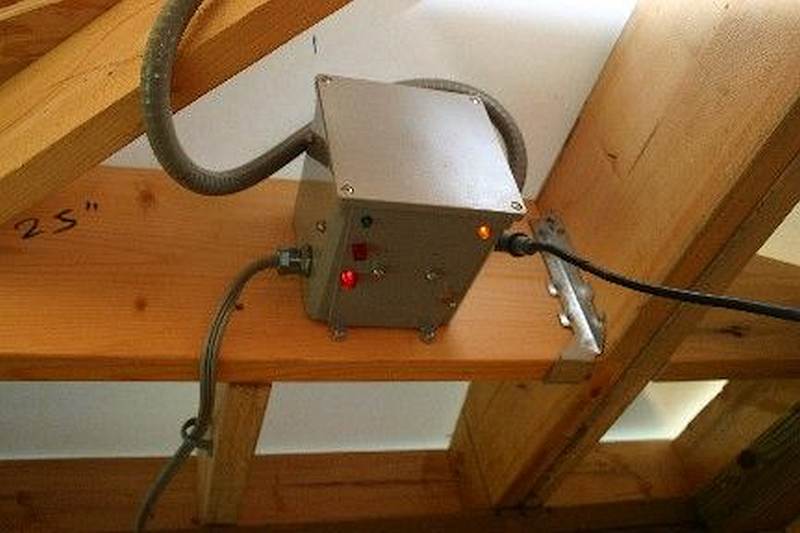 Motorized Rotational Control for ObservaDome Added a Brother in-line GTR gear motor that is electrically reversible. Purchased the gear motor on ebay as new for $90. The gear motor operates at 115 VAC and is electrically reversible and comes with a flange mount (see photo). I use a Deltrol Series 900 DPDT relay rated at 50 amps to perform the reverse connection. I use a remote control with a SPDT switch to control the rotation relay. I also use a second Deltrol Series 900 DPDT relay as the on/off control for the motor (however, for this application since its a 115 VAC motor the relay can be SPST). The relays were also purchased on ebay as new for $20 each. The motor has ample torque to rotate the dome at a brisk 6 rpm (or an angular rate of 36 degrees/sec). I added indicator lights to show both rotational direction and on/off status along with a toggle switch to control the intensity of the indicator lamps as bright/dim. The relays and indicator lights were enclosed in a grey plastic electrical utility box with cover that I purchased at Home Depot. The remote control is a hand-held Army-surplus cast aluminum switch box that I re-wired for On/Off, Momentary On, and CW/CCW Rotation (total of 3 switches). The only problem with the motor I selected is that the dome rotation is a bit too fast and with the angular momentum of the dome there is some dome overrun past the point where I release the momentary contact switch which I will have to manually compensate for at this time. My plan is to eventually automate the motor control and have it synched to the scope.